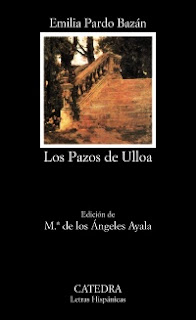 Los Pazos de Ulloa, Penguinized as The House of Ulloa and canonized in at least four previous Spanish Lit Month posts here, here, here & here, is probably a textbook example of what a jaded 21st century reader might deem a particularly fine specimen of a rather old-fashioned species of novel.  The action takes place in an environmentally and emotionally inhospitable corner of Galicia where timid, sheltered parish priest Julián discovers just what it means to minister in a godforsaken "país de lobos" ["land of wolves"] (97 & 221) upon being forced to take sides in an increasingly acrimonious marital dispute between his nominal employer, don Pedro Moscoso, and the philandering husband's saintly but abused wife Nucha--this in an era when women were still considered to be the property of their husbands.  A violent resolution to the whole matter is foreshadowed and indeed eventually comes to pass although perhaps not in the exact way anticipated by this particular jaded reader.  Suffice it to say that I look forward to rereading what Tom, Grant and Jacqui had to say about this rich, complex novel.  For my part, I enjoyed its not infrequent leavening of humor (a minor character whose melancholy demeanor, "algún tanto burlesca" ["somewhat burlesque"] sense of dignity and "entristecido" ["mournful"] raised eyebrows earn him a caricaturish comparison to Francisco de Quevedo [251-252]; a fantastic scene where the hunting dog Chonito, "clavando en el capellán una mirada casi humana, llena de desprecio" ["fastening an almost human glare, full of contempt, upon the chaplain"], runs away from Julián and his hunting companion  disappointed at discovering what a horrible shot Julián is [316-317]) as well as Pardo Bazán's character-driven potshots at both the countryside, where local politics are dismissed as "un combate naval en una charca" ["a naval battle in a pond"] (327), and the city of Santiago de Compostela itself, whose proud heritage of "monumentos y ruinas" ["monuments and ruins"] is described by one character as the mere "piedras mohosas" ["moldy stones"] of civilization and its slaves (190).  On that note, for whatever it's worth, I feel compelled to own up to the fact that I read the last 50 pages or so of Los Pazos de Ulloa in a frenzy to see how Pardo Bazán was going to wrap things up and was rewarded with both an unexpected change in narratorial POV and an ending packing as big a brass knuckles wallop as the one delivered by Balzac in Le Père Goriot.  Didn't really see that one coming, fight fans. 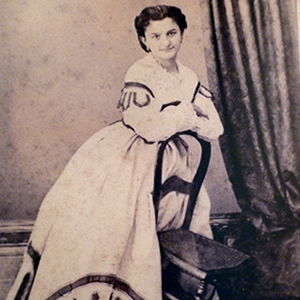