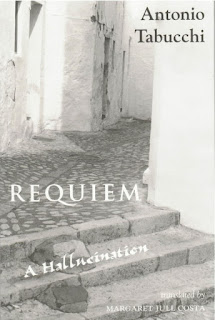 A lovely, truly lovely morsel for Spanish and Portuguese Lit Months 2018 readers courtesy of "the most Portuguese" of all Italian writers.  During the course of a hot Sunday afternoon and evening in Lisbon, an Antonio Tabucchi-like narrator whiles away the time waiting to meet up with a Fernando Pessoa-like poet sometime around the stroke of midnight.  As in a dream, the narrator crosses paths with both the living and the dead--family members, old friends, total strangers, perhaps people he only knows through books--looking for answers that have long avoided him or perplexed him in "reality."  "I didn't choose to appear in this room, it was your will that called me here, because it was you who wanted me in your dream, and now I only have time to say goodbye, goodbye my son, the maid is just about to knock on the door, I have to leave" the sleeping narrator is told in one moment (52).  "I've never been here before, and the person who's coming here belongs only in my memory" the narrator later tells the manager of a private club about the guest he expects to arrive and join him (82).  "There's nothing wrong with that, he said, you'll feel perfectly at home here, this club is nothing but a memory, now."  Extraordinarily soulful, endearingly playful from time to time, not at all disquieting in its evocations of evanescence. 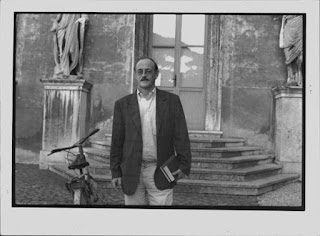