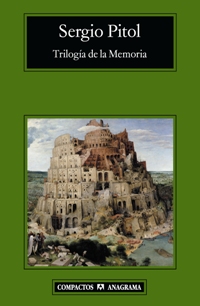 As we head bleary-eyed, energized, or maybe even a little bit of both into the second week of our pub and tapas crawl through Spanish-language literarature in July, I'm delighted to propose a toast in honor of Mexican raconteur Sergio Pitol's 1996 nonfiction nugget El arte de la fuga [The Art of Flight, criminally unavailable in English as of now).  Pitol, a 2005 Premio Cervantes winner who has since declared himself officially retired, was either a late bloomer or just a guy who flew under the radar until relatively late in his writing life depending on whom you ask.  However, you can get a good sense of how all that transpired in this erudite but refreshingly giddy autobio-in-letters of his.  Reading him talk about the intersections between his life and literature, about his passion for Italian art, Gombrowicz, Thomas Mann, travel, various Siglo de Oro playwrights, any number of Mexican writers, The Good Soldier Svejk, and Antonio Tabucchi among hundreds of other artists and periods and titles I could name, there's no doubt about why novelists as radically different in style as Bolaño and Vila-Matas were/are such big fans of his.  But why take my word for it when you can hear it directly from Pitol himself?  "Uno, me aventuro, es los libros que ha leído, la pintura que ha visto, la música escuchada y olvidada, las calles recorridas.  Uno es su niñez, su familia, unos cuantos amigos, algunos amores, bastantes fastidios" ["One is, I dare say, the books that one has read, the paintings that one has seen, the music heard and forgotten, the streets traveled.  One is one's childhood, one's family, a few friends, some love affairs, more than enough nuisances"], he notes in a pensive moment from the first third of the book collecting writings on memory ["Memoria"] (42).  In the middle section of the work dealing with writing ["Escritura"], one of my favorite anecdotes has to do with the young Pitol's stay in Warsaw where he would spend his days translating Polish works into Spanish and trying to write his own fiction in his spare time.  The problem?  Cooped up in an attic room carefully set up for reading, writing, and his translation work, he would look outside his window and see life taking place outside.  How could he possibly write about life if he spent all day locked inside?  So Pitol would go out and "live life" only to have new doubts neurotically assail him in a bar, on a walk, or at party because he wasn't at home where he could take notes on a new translation of Shakespeare which had dazzled him or systematically study the romantic poets, "decisivos en la literatura polaca, y saltar luego a Witkiewicz, Gombrowicz y Bruno Schultz, y, además, leer a Borges, a Cortázar, a Neruda y a Vallejo, a Cervantes, a Bernal Díaz del Castillo, a Paz y Fuentes, y escribir cartas que adeudo, y, sobre todo, escribir relatos, inventar historias, escribir, escribir, escribir en vez de beber como un polaco y pasar la vida de juerga en juerga, de arruinar mi salud, alterar mi sistema nervioso, desperdiciar facultades, tiempo y energía para convertirme de lleno en la nulidad a la que en esos momentos me siento predestinado" ["of such overriding importance in Polish literature, and then jump to Witkiewicz, Gombrowicz and Bruno Schultz, plus, in addition, read Borges, Cortázar, Neruda and Vallejo, Cervantes, Bernal Díaz del Castillo, Paz and Fuentes, and write letters that I owe, and above all, write tales, make up stories, write, write, write instead of drinking like a Pole and wasting my life going on one binge after another, ruining my health, altering my nervous system, squandering my brain cells, my time and my energy in turning myself into the complete zero which in those moments I felt I was predestined to become"] (175).  Ah, the writing life!  Given Pitol's modern day humanism as a scholar and his readily apparent warm, self-effacing qualities as a human, it shouldn't surprise anyone to hear that the concluding section on readings ["Lecturas"] feels as enthusiastic, learned, and genuine as the preceding parts in the work.  However, I'd like to hold off talk on that until later in the week because as exciting as it would be to spend some time singing the praises of "Dos semanas con Thomas Mann" ["Two Weeks with Thomas Mann," on Mann's diaries] or "Sostiene Pereira" ["Pereira Declares," on the Tabucchi novel], I'm well aware that this post on a book that hasn't even been translated into English yet has already moved from tapa to plato principal size before our very eyes.  (Anagrama) 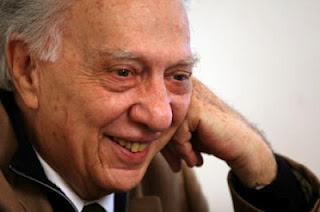 El arte de la fuga is available as a standalone work or as part of the Trilogía de la Memoria volume I own which also includes El viaje (2001) and El mago de Viena (2005).  I hope that by the end of my next Pitol post, one or two you will understand why I'm so excited about reading the other titles in his "Memory Trilogy" at some point.