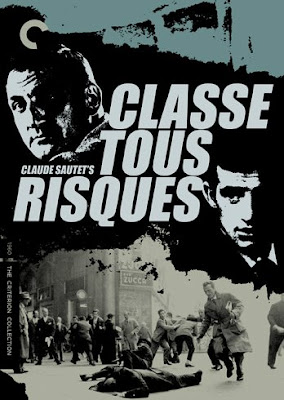 Yet another lovingly-constructed French gangster film. While the DNA of the plot--a career criminal trying to pull off one last score before settling down for good--will be familiar to anyone who's seen more than one crime movie in the last fifty years, Sautet and co-screenwriters José Giovanni and Pascal Jardin depart from form by cultivating a neorealist/noir hybrid that subverts expectations. An early scene's daytime robbery and escape through the streets of Milan would be a nice way to kickstart the action no matter who was behind the camera, for example, but here it takes on an even grittier tone than the norm since Ghislain Cloquet's documentary approach cloaks the city in a grainy black and white that just feels more real somehow. On the narrative front, the film's genre-friendly dissection of friendship and loyalty among criminals likewise takes an unexpected turn when fugitive Abel Davos (star Lino Ventura), who's been "sentenced to death in absentia," gets stuck dragging his two kids from Milan to Nice and on to Paris in the sort of existential "tourist class" hinted at by the title. Finally, while no cast member is disappointing in the least, Ventura and Jean-Paul Belmondo are particularly winning as the two gangsters thrown into an uneasy but believable friendship when things start to go sour. In other words, another keeper. (http://www.criterion.com/) 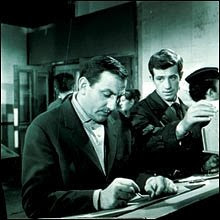 "She wanted to warn him to be careful. But what was the point?"
Publicadas por Richard a la/s 00:07