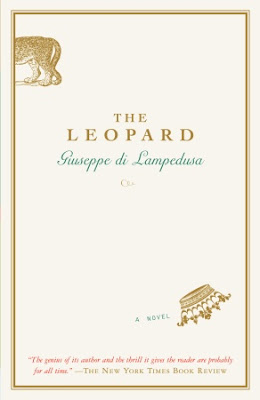 "Tancredi and Angelica were passing in front of them at that moment, his gloved right hand on her waist, their outspread arms interlaced, their eyes gazing into each other's. The black of his tailcoat, the pink of her dress, combining formed a kind of strange jewel. They were the most moving sight there, two young people in love dancing together, blind to each other's defects, deaf to the warnings of fate, deluding themselves that the whole course of their lives would be as smooth as the ballroom floor, unknowing actors made to play the parts of Juliet and Romeo by a director who had concealed the fact that tomb and poison were already in the script. Neither of them was good, each full of self-interest, swollen with secret aims; yet there was something sweet and touching about them both; those murky but ingenuous ambitions of theirs were obliterated by the words of jesting tenderness he was murmuring in her ear, by the scent of her hair, by the mutual clasp of those bodies of theirs destined to die." (Di Lampedusa, 225-226)
Of the four books I've read so far for the Back to History Challenge, The Leopard is both the first novel and the only text consciously chosen for its status as a classic of world literature. It didn't disappoint on either count. While nominally concerned with a 19th-century Sicilian prince, Don Fabrizio di Salina, who foresees the old aristocratic order and way of life coming to an end with the annexation of Sicily and unification of Italy, its graceful prose and penetrating behavioral insights elevate it into something much more profound than that. Although most of the posthumously-published novel concerns events that take place in 1860, the closing chapters move forward fifty years while descrying an epic arc that seems due less to the literary machinations of the author and more to the inexorable hand of fate guiding the characters' lives. You don't have to know anything about Garibaldi or the Risorgimento to appreciate the Prince's concerns, and Di Lampedusa--himself a Sicilian prince writing nearly 100 years after the main events in question and basing his fictional Don Fabrizio on a real-life great-grandfather with the same name--does a masterful job of describing the essential "otherness" of Sicilians in relation to their cousins on the mainland. With characterizations much more vivid and fleshed-out than what you might expect from such an old school novel, don't be surprised if the sense of loss and the perfume of death that permeate the latter stages of The Leopard haunt you when you're done reading it. An outstanding work worth all the accolades it's earned over the years. 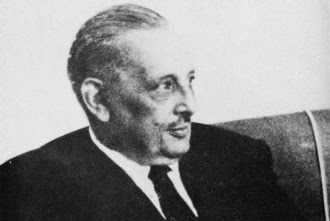