Diary of a Lost Girl 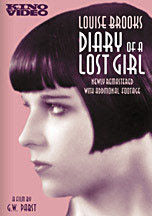 Pabst and screenwriter Rudolph Leonhardt might have sacrificed all subtlety to deliver their pitch ("With a little more love, no one on this earth would ever be lost!"), but this anti-juvenile delinquency message movie is still quite a spectacular follow-up to the director's Pandora's Box. Louise Brooks is once again astounding as the naive protagonist Thymian (with her diary, below), a pharmacist's daughter who's ordered to give up her baby and is then sent away to a reform school after her dad's reptilian-looking assistant (Fritz Rasp) forces himself upon her one night--while she appears to be unconscious. Other indignities that follow eventually lead to Thymian's stint in a brothel, a not totally unexpected turn of events given the circumstances but one that Pabst ingeniously seizes on to suggest that there's more of a sense of community for Thymian among the other lost souls there than in the typical bourgeois home of the time. Along the way, this scathing moral critique is amplified with unusually vivid visual references to rampant sadism and sexual abuse at the reformatory and a narrative condemnation of capitalism and male philandering as two of the true evils at work in society. And lest you ever forget that desperation is the order of the day, twin suicides frame the action with motives both "understandable" and not. A flawed masterpiece but a masterpiece nonetheless.(http://www.kino.com/) 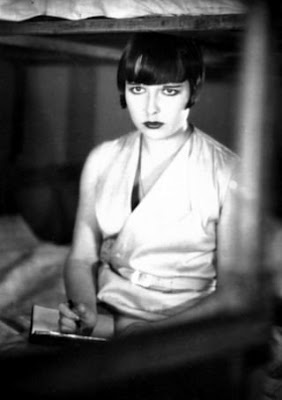