The Taking of Power by Louis XIV 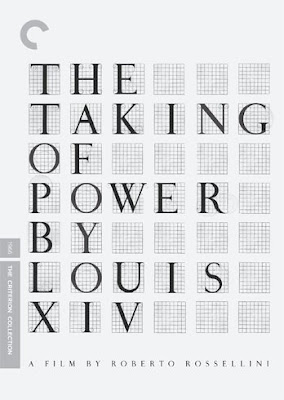 For an altogether different take on the accumulation of power and wealth from an Italian filmmaker, you could do a whole lot worse than to sit down with this Roberto Rossellini-directed period piece originally produced for French TV in 1966. While Louis XIV has all the bad hair and gaudy finery of a generic costume drama, Rossellini's approach is anything but pedestrian. Drawing a Machiavelli-like bead on the 17th-century king's gradual transformation from a fun-loving mama's boy into the monarch who really stuck it to the French aristocracy, the director craftily constructs a meditation on both the nature and the trappings of power that's way more interesting than the silly looking photo below might lead you to believe. Since pudgy, non-professional actor Jean-Marie Patte is something of a revelation as the Sun King, an unexpected bonus from the extra features on this disc is learning how Rossellini channeled Patte's on-camera jitters and inability to remember his lines into a performance that's something special--how funny to think that what looks like supremely regal indifference on Louis XIV's part might be largely due to stage fright from the actor playing him! A minor gem. (http://www.criterion.com/) 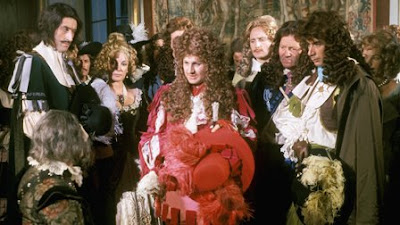